"Great Greek Mythology" is the most comprehensive series about Greek Mythology and is a very ambitious project by Mint XXI! It is planned for four years and will include a total of 36 Antique Finish coins in 3 formats: 3 Oz, 2 Oz and 1 Oz. Each coin will reveal unexpected features of the most famous characters of Greek Mythology from all possible angles and will feature selective Gilding and high-level detailing.

So far Mint XXI has released 6 coins in the series, 3 of them are already available and ready to ship, along with their case and Certificate of Authenticity. 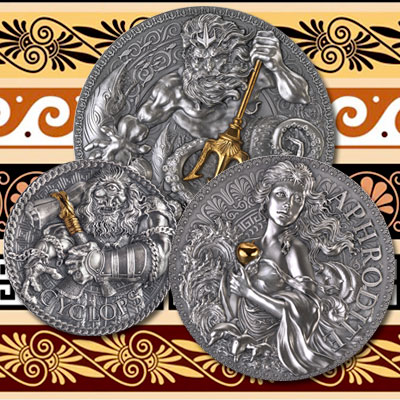 "Cyclops" is the first 1 Oz Silver coin of the series and has a diameter of 32 mm.

In Greek Mythology, Cyclopes are giants with a single round eye in the middle of the forehead and are famous for their strength.

The Cyclops on the reverse of this coin is portrayed in High Relief and features many details: he has chains around his arms and it looks like he is being imprisoned. The chain motif continues all around the edge and serves as the design’s frame. The background features a concentric motif with the Greek Key, which is the typical Greek pattern, also called Meander.

The obverse of the coin is common to the series and features an image of the Olympus surrounded by a laurel wreath and the Greek Meander, plus the issue data. This coin is Cameroon legal tender, it has a face value of 1.000 Francs.

Poseidon is a powerful god who reigns over the sea, water waves and earthquakes. According to Greek Mythology, this Olympian god commands the waters with a majestic trident, which is Gilded in this design.

A magnificent and dynamic depiction of Poseidon causing a severe storm can be seen on the coin's reverse. He has an angry and menacing expression, and the wind causes his hair and beard to move. His muscles and veins are also expertly rendered in High Relief.

The coin has a face value of 3.000 Francs and comes in a very elegant wooden case with the name of the series carved in the wood. 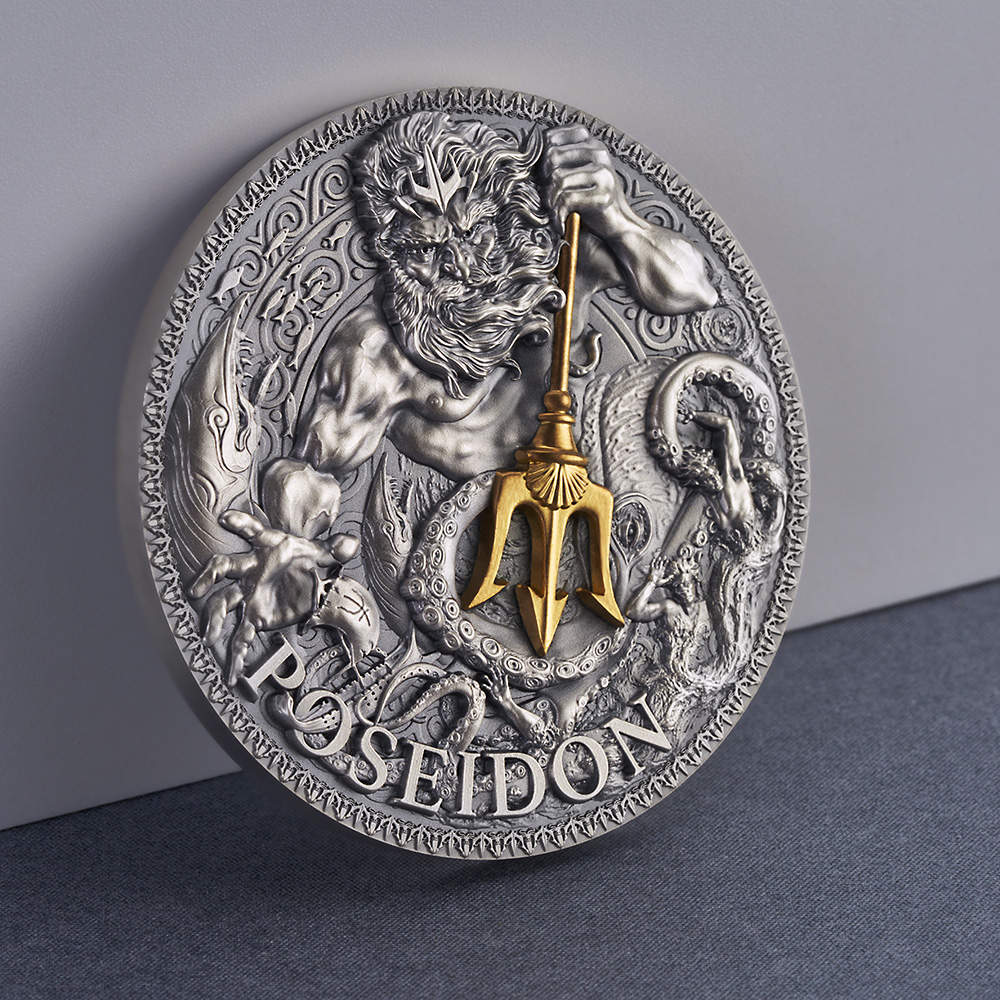 Aphrodite is the Greek goddess of love and beauty. She is depicted as a lovely woman holding a Gold plated apple. The apple serves as a reminder of the Trojan War legend. According to Mythology, Aphrodite received a golden apple from Paris after promising to give him the love of the world’s most beautiful woman on earth, Helen of Sparta, who was already married to King Menelaus.

Aphrodite was born from sea foam, visible on the left side of the coin, and became the goddess of fertility, eternal spring and the queen of nymphs and graces.

This coin is legal tender in Cameroon and has a face value of 2.000 Francs. 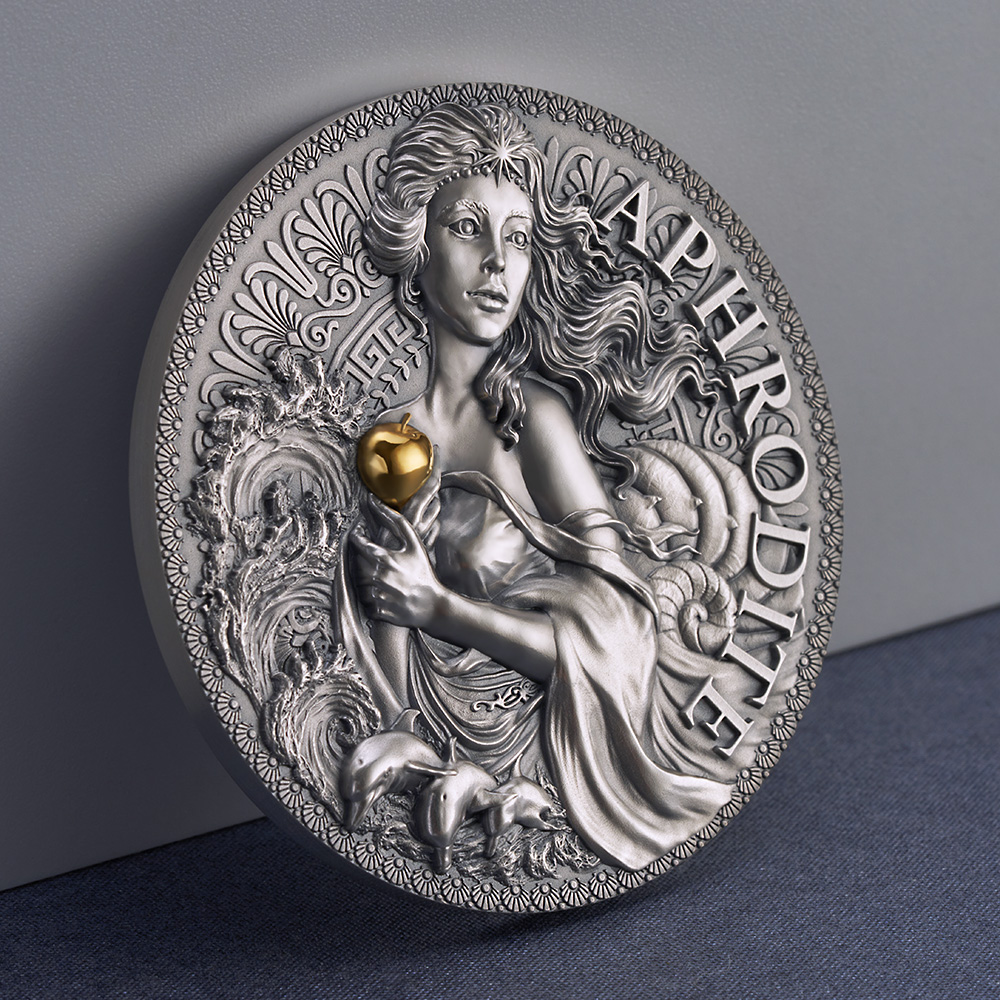 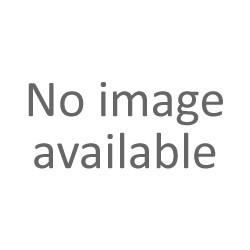 €259.95 Last items in stock!
This beautiful 2 Oz Silver coin is the second issue in the "Great Greek Mythology" series, featuring the most famous characters of Greek mythology. In this issue: Aphrodite. The coin has a beautiful design with High...
Add to cart
Add to wishlist

€139.95 In Stock
This beautiful 1 Oz Silver coin is the thirs issue in the "Great Greek Mythology" series, featuring the most famous characters of Greek mythology. In this issue: Cyclops. The coin has a beautiful design with High...
Add to cart
Add to wishlist

€299.95 In Stock
This beautiful 3 Oz Silver coin is the first issue in the new "Great Greek Mythology" series, featuring the most famous characters of Greek mythology. In this issue: Poseidon. The coin has a beautiful design with High...
Add to cart
Add to wishlist
Previous article Next article
Related articles